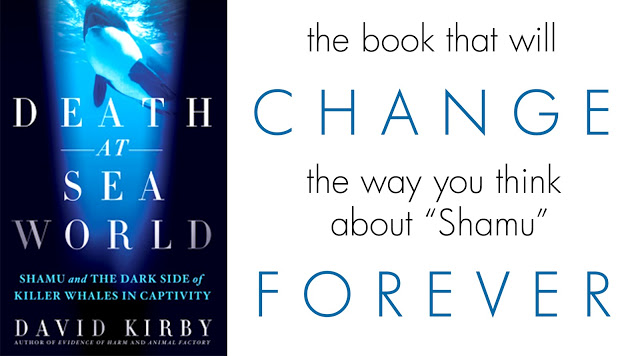 Blue Freedom: What lead you to write Death At SeaWorld?

David Kirby: I was asked to appear on “Larry King Live” one night in August, 2010 during the huge egg recall due to salmonella contamination. My last book, “Animal Factory” dealt with the environmental and health costs of industrial animal production. I was booked for the second segment. The first segment was on the $75,000 fine that OSHA had issued against SeaWorld that day in the death of trainer Dawn Brancheau. One of the guests was Linda Simons, a former executive at SW Florida who blew the whistle on what she said was foot dragging and stonewalling by company officials in the federal investigation into Brancheau’s death. Also on the show that night, former executive Thad Lacinak, who really duked it out with dolphin activist Ric O’Barry. It was quite a heated argument.
I thought it sounded like an intriguing cloak-and-dagger story, and the basis for a great book. But I started out to write about the ramifications of the Orlando death. It did not occur to me right away that orcas in captivity were a story in themselves. After a few days of research, however, I learned how compelling the captivity angle really was.

Blue Freedom: Did SeaWorld allow you any special access to their staff or to the whales during the writing of this book?

David Kirby: SeaWorld spokesman Fred Jacobs provided me with some information and company statements when I first started doing my investigation, then later declined to cooperate further with the research, writing or fact-checking components of the book, which is unfortunate. He said the company did not like the book’s title or certain statements I had made in Huffington Post pieces and live on the air. Company officials did not provide me with any access to staff or facilities (I went to SeaWorld as a paying guest), and several prominent former employees also declined to comment. Fortunately, a large number of former employees, and even a few current ones, were willing to speak out about the realities of working at SeaWorld.

Blue Freedom: During your research for this book, did you discover things about marine parks that shocked you? If so, what? 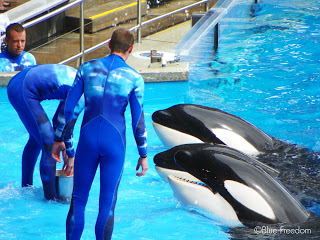 Blue Freedom: You’ve seen Orca whales in the wild and in captivity; can you tell us which, in your opinion, is the most educational and which you would recommend to someone who wants to learn more about these animals?

David Kirby: I was also shocked at how little information is given about killer whales during the killer whale shows at SeaWorld. There is virtually nothing about ecotypes, longevity, prey, social behavior or habitat. And few if any of the “behaviors” — which are really tricks — seen in a Shamu show have anything to do with natural behaviors in the wild. Natural killer whales, for example, don’t do “bows” in the ocean, which are those forward leaps from the water in which they reenter rostrum-first. And most of the people I overheard at SeaWorld were talking about the “Shamu whales,” as if that were the species name.
On the other hand, if you go to San Juan Island in Washington State in the summer, for example, you can visit Lime Kiln State Park, on the Westside, where Southern Resident orcas pass every day, often a few times each day, often stopping to forage and frolic in the kelp beds just a few feet offshore. There is a lighthouse there with lots of written materials, photographic images and charts, posted by The Orca Network, Center for Whale Research and others. It explains the J,K, and L pods that make up the fish-eating Southern Resident community, and other orcas belonging to mammal-eating Transient pods. There is often a naturalist on-site to explain things and answer questions. You can learn a lot about killer whales in one afternoon. And it all costs nothing.

Blue Freedom: Can you tell us more about the inbreeding problem with the Orca whales at SeaWorld?

David Kirby: According to The Orca Project, (www.theorcaproject.com) Tilikum, the whale who killed Dawn Brancheau and two other people, has sired 10 living calves and is grandfather to three more. SeaWorld owns 19 captive-born whales, and 13 of them are his blood relatives. That means the gene pool is “dangerously lacking diversity,” The Orca Project reported. And former trainer Samantha Berg told me that SeaWorld is “just trying to make more whales, which jeopardizes the health of their population.” She said the captive breeding program was more of an “inbreeding” program.
Most disturbing of all was the young male Taku, who was allowed to impregnate his own mother, Katina, to produce the first fully inbred killer whale, Nalani. Such incest is as unnatural and taboo in orca society as it is among humans.

Blue Freedom: What advice would you give to someone who is considering purchasing a ticket to a marine park?

David Kirby: I am not calling for any kind of boycott, or for the shutting down of SeaWorld and other marine parks. Everyone has the right to decide how they want to spend their entertainment dollars. Personally, aside from the research I had to do, I will not visit theme parks that have whales and dolphins on display. I would rather spend that money at a place like the Monterey Aquarium, which decided at its outset not to include cetaceans in its collection.

Blue Freedom: In your opinion, after all that you’ve discovered, should trainers be allowed back in the water with captive orcas and do you believe it would be safe?

David Kirby: Part of me thinks that if people want to take the risk to swim with captive killer whales in order to make a living, that’s their business. But the other part recognizes that the federal government has a statutory duty and a moral obligation to protect employees in the workplace, and not to rely on voluntary safety measures implemented by profit-driven enterprises. Killer whales are the oceans’ top predators, they can be dangerous, cunning and unpredictable. But the central question of “Death at SeaWorld” is not whether trainers should be in the water with orcas; it’s whether orcas should be in the water, surrounded by tourist-packed stadiums.

Blue Freedom: There has been a lot of controversy about this book on the internet- even though it has not been released yet -why do you think that is?

David Kirby: It’s a very emotional topic for many people on both sides of the issue. There is also a lot of money at stake.

Blue Freedom: After researching the issue and writing Death at SeaWorld, what is your personal opinion about keeping cetaceans in captivity?

David Kirby: I recently wrote a Huffington Post piece called “Time to Phase Out the Shamu Shows,” which I think captures my feelings on the subject very well. In it, I wrote: “After carefully researching this issue for two years, I have joined other animal lovers in concluding that the public display of captive orcas is detrimental to the animals; and dangerous for people. It is time to start phasing out this entertainment relic that will one day be consigned to the history of bygone amusements, such as the cruel spectacle of Victorian-era dancing bears.” I did not research other cetaceans in captivity, so I will reserve judgment on that for now.

Blue Freedom: What is your hope for the book?

David Kirby: I hope people who have never given much thought to captive orcas will read it and think about what life for these animals must be like in a concrete tank, separated from family members, forced into artificial pods, kept alive on dead fish. Mostly, I hope that readers will come to admire, respect and love killer whales as much as I have in the process of researching and writing this book. I hope they will also commit to helping save the habitat of threatened populations. And of course, I hope they enjoy the read! 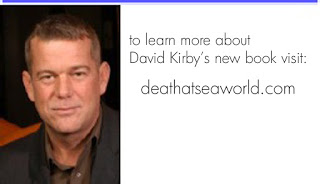 outlines in grim detail just how bad captivity is for orcas and other marine mammals.” –Richard O’Barry,  Director of  EarthIsland  Institute’s  Dolphin Project  and  star of  the Academy Award-winning documentary, The  Cove

“In this authoritative and superbly investigative page-turner, certain to ruffle feathers and fins, DavidKirby traces the tale of scientist-conservationist Naomi Rose pitted against SeaWorld bent on turning acharismatic, intelligent, big-toothed predator — the killer whale, or orca — into its corporate brand.Kirby reports brilliantly on the escalating troubles and conflicts, the surprising and sordid underbelly of life — and death — at SeaWorld.” -Erich Hoyt, author of the best-selling classic Orca: The Whale Called Killer and Research Fellow, Whale and Dolphin Conservation Society

“Killer whales, like chimpanzees, are highly intelligent and intensely social creatures, forming close emotional bonds between family and group members.  I have watched them leap in the freedom of the ocean and feel deeply saddened and angered to see them in cruel captivity, swimming endlessly and hopelessly around their sterile concrete prisons. As David Kirby so eloquently documents in this timely work, killer whale captivity only benefits the captors.  It is impossible to read Death at SeaWorld and come to any other conclusion.” –Jane Goodall, PhD, DBE, Founder – the Jane Goodall Institute, UN Messenger of Peace