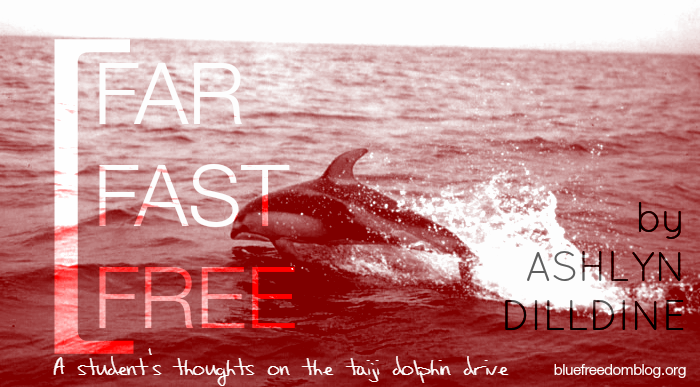 September is usually one of my favorite months. The scorching heat of a midwest summer is beginning to be relieved by cooler temperatures, if only for a few hours while the weather tries to decide whether it’s ready to shed its sunkissed soil and green leaves for a more barren landscape. It can be a bit of a roller coaster, but after three months of unrelenting sun and humidity, I’m more than happy to welcome the weather whiplash in exchange for some semblance of autumn.
But September always comes to me with a sense of dread. The reason for that dread is something with which most of you reading this are probably familiar with.
September 1st is a day that all of the cetacean activists throughout the world wait for with baited breath. It’s the opening day of the annual slaughter of thousands of dolphins, porpoises, and small whales in a hidden cove in the town of Taiji, Japan. Here is a quick rundown of what this slaughter consists of:
From September until late March, the fishermen’s boats leave the harbor early in the morning in search of dolphins that migrate past Taiji this time of year. If a pod is unfortunate enough to be found, they are herded into the Cove by the use of long metal poles that are placed into the water and banged on by the fishermen. As acoustic creatures, the dolphins naturally move away from the sound and find themselves netted into the Cove, terrified, confused, and unable to escape.
The young and attractive dolphins are taken from their families to be used in the dolphin shows often seen in marine attractions and amusement parks. They’ll never see their pod again and, if they fall prey to statistics, over half of them will die within their first two years of captivity. Those who survive will be condemned to a tank that will never be as large as the ocean and their days will be spent entertaining crowds and doing tricks, lest they have their meals withheld from them.
For the dolphins left in the cove, they will spend the night worrying and waiting for what the future holds. There are no studies proving that cetaceans can feel hope. And I wonder, if they can or could, do they spend that night believing in the next sunrise, holding out for the feeling of freedom that they felt just hours before? Or do they somehow know? Do they realize there’s no way out of this nightmare and that this cursed cove is the last thing they will ever see? 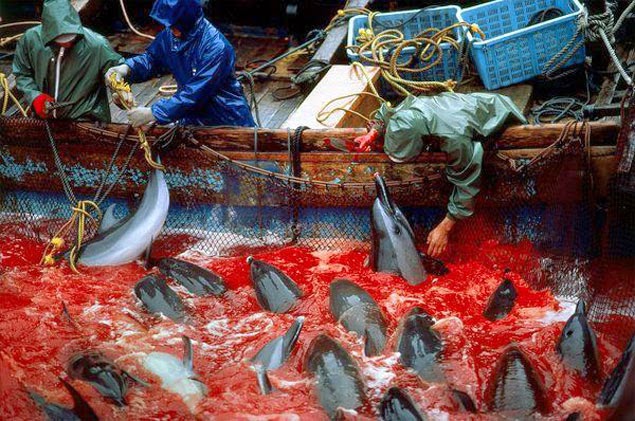 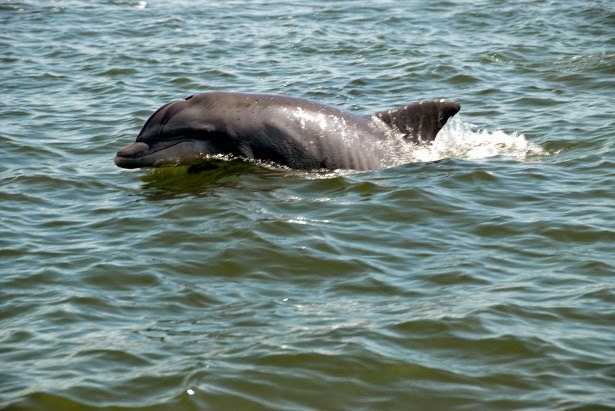 The dolphins are counting on you. There’s a day coming where they won’t have to worry about what might happen if a boat passes by because it’s full of people who want them to be free to swim as far and as fast as they please. But it’s up to you to bring that future to them.
Be their voice.
Be brave.
Be the change.
-Ashlyn